♪ Now, this is a story of about how
My life got flipped-turned upside down ♪
This past Thursday was hot. Really hot. I even tweeted about it. Like 95% of people did. Shortly after that tweet, I sat on my couch with a Skinny Peanut Butter Swirl Brownie & a glass of milk and turned on the AC. We have one of those ACs that are built right into the wall. Old school. But, since we plan/hope to move soon, we haven’t wanted to invest in central air. Anyway, the wall unit started smoking so I hopped up & turned it off. The smoke turned into flames. Quickly. I ran & got baking soda & threw it on it (FYI – baking soda is for grease fires & didn’t help). It wasn’t really registering that my house was on fire. I called 911 semi-thinking that I would be wasting their time & it was going to go out. For real, the severity took quite a few seconds to sink in (which seemed much longer). The flames started getting bigger so I grabbed our wedding albums (which were right near the fire) & threw them in the kitchen. Then I grabbed Charlie, who was howling, & ran him out to the garage. Ray was nowhere to be found. The fire department showed up really quickly (yay for voting on the millage increase to not cut public service funding) & was able to put the fire out. They asked if anyone else was in the house & snickered at me when I said Ray, my cat, was. Apparently they meant children. Turned out, Ray was hiding in the bathroom closet and was fine.
This whole ordeal was over in a matter of minutes and, all things considered, went as well as you could hope for a house fire. I am really lucky that it was not worse, but smoke damage is crazy. The entire house is covered with soot and “smoke webs” that look like cobwebs but are actually smoke/carbon particles.
On Friday, we had a barrage of contractors/adjusters at the house who made me realize what a process this is going to be. It doesn’t seem that bad, but it’s pretty terrible. A dry cleaner company came and took EVERY piece of clothing/shoes/linens/towels, etc. in our house because everything smells like smoke. Every piece.
We had a trip booked to Chicago for Saturday through Monday that was non-refundable and since we couldn’t stay at our house anyway, we still went. While it was fun, I was definitely entirely preoccupied with what the next few weeks will entail.
Sometimes blessings are in disguise, right? I have to keep telling myself that. I don’t handle change well. This pro/con list keeps cycling through my head.
Pros
–Our house is still standing & we are fine. It could have been much, much worse. I am thankful it wasn’t.
–For what we’ll pay for our deductible, our house is basically going to be revamped. The wall will be rebuilt, new carpet will be installed, walls will be washed & painted, etc.
–So far, insurance has been really easy to deal with & everyone has been nice & supportive.
Cons (that I’m trying not to dwell on)
–I feel pretty homeless. We have stayed in 4 hotels in the last 5 days. Only 1 being in Chicago. And hotels gross me out. Big time.
–All of our stuff has to be inventoried, taken out of our house, and either cleaned or replaced. That happens tomorrow.
–I don’t have my bed/DVR/kitchen. All my stuff.
–Cats don’t travel well. I have not yet moved them to our hotel room and am very worried about it.
So, I won’t be posting many new recipes in the next couple weeks. But, I do plan to do a Chicago recap and I got the giveaway stuffs in the mail the other day. I just have to find it in one of these bags…
That was really long. If you made it through, I would offer to make you a cookie but I don’t really have a kitchen right now. So it’ll be awhile.
Have you ever experienced a fire? Or any type of loss? Tell me about it so we can wallow together. 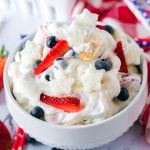 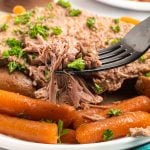 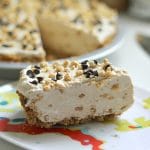 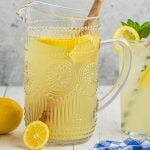