Home » Holidays » Christmas » Slow Cooker Cinnamon Sugar Candied Almonds
This post may contain affiliate links meaning if you buy from them, I will make a few pennies, at no cost to you. See disclosure here.
Jump to Recipe Print Recipe

Sweet and crunchy slow cooker cinnamon sugar candied almonds are just like you get from the mall or a festival but made right in your slow cooker! 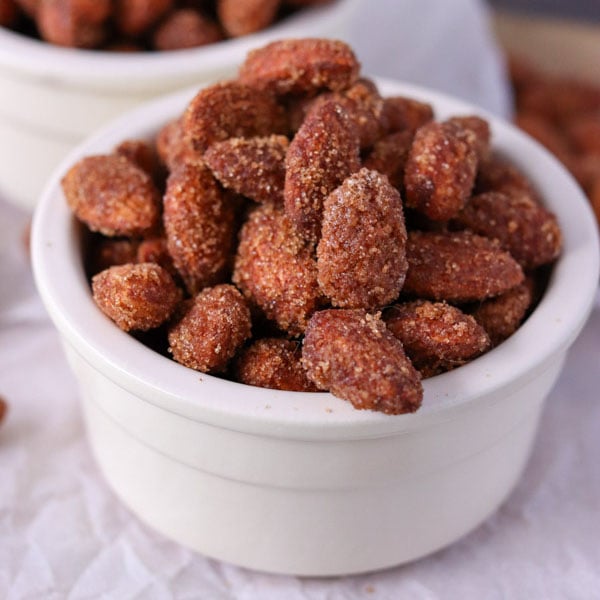 Over the weekend I was browsing through Pinterest and saw this recipe for slow cooker cinnamon sugar candied almonds in my feed. I had other things to do but I knew I wanted to try it out immediately.

Once in a blue moon, I like to get the warm sugared almonds from the mall or in the little paper cone at a festival so how cool would it be to make them at home?

While you’re making these almonds, you may have your doubts that they’re going to turn out right. For awhile, it will just seem like you’re stirring around some almonds in a pot of sand.

But, like magic, in that last hour, after you pour the water in, they come together and you get perfectly candied almonds.

Though the process is a little time consuming, you’re not actually doing much, you just need to stir them every 20 minutes. I prepped them then made baby food and dinner while they were cooking. Your house will smell amazing. 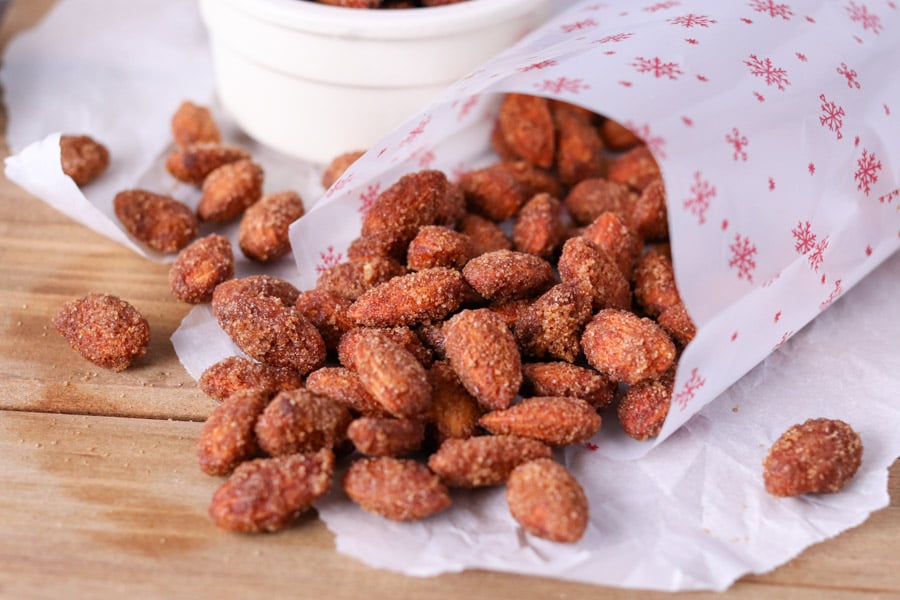 I got the almonds from Sam’s Club and they were just under $13 for 40 oz/2 lbs. You can also get them on Amazon for a few dollars more, but it’s convenient if you don’t have a Sam’s membership.

If you bag these up for gifts, you could give 9 people a half a cup with that $13 worth of almonds. I think it’s a cute gift – especially if you wrap them up in holiday packaging. 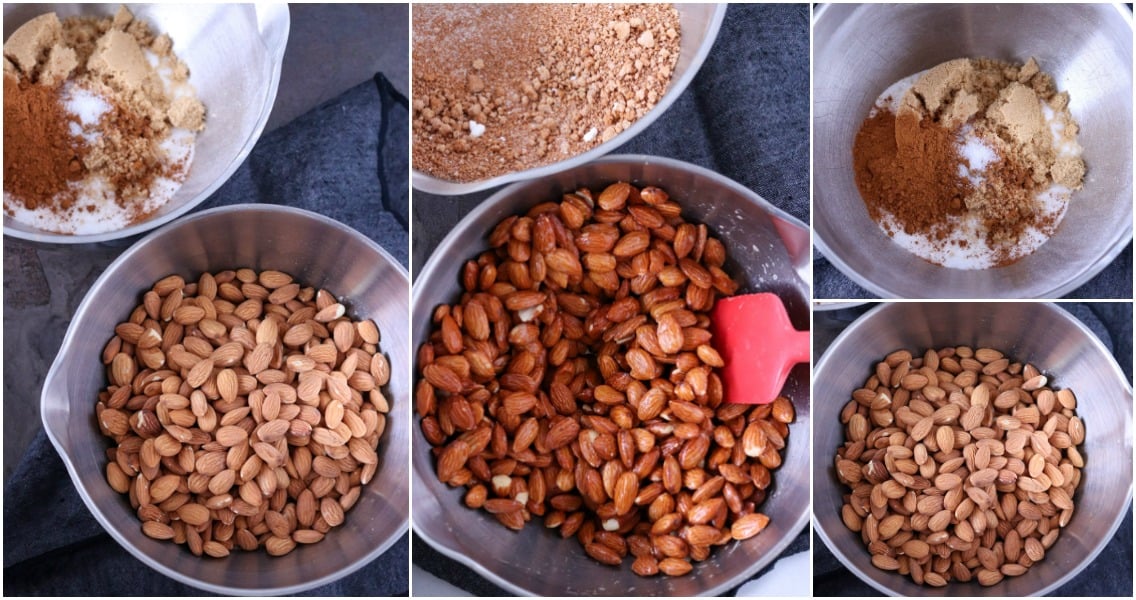 HOW DO I MAKE THESE VEGAN?

If you want to make these almonds vegan, you can swap out the egg whites for chick pea juice (aquafaba). 3 Tablespoons of aquafaba replaces one egg white. 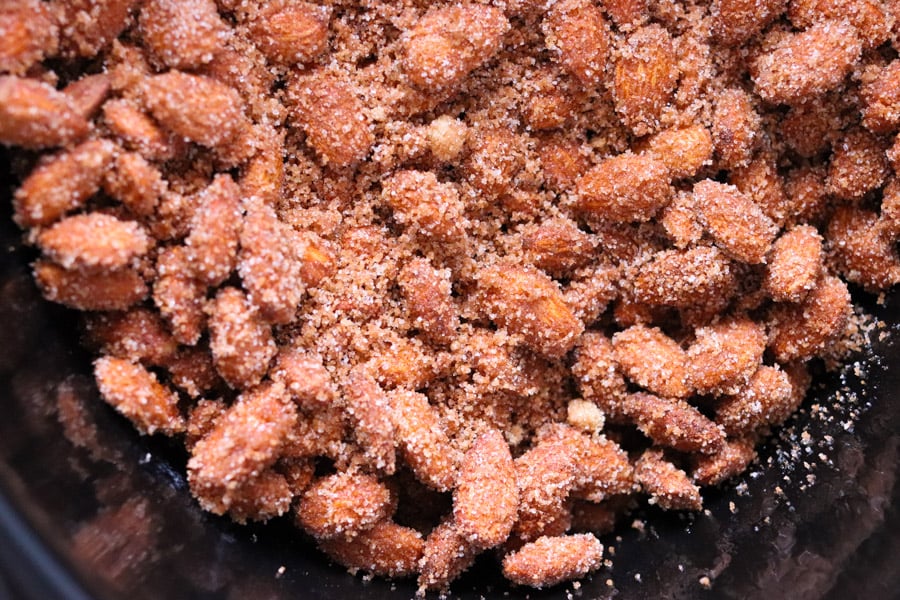 I first published these sugared almonds in 2014 and they’re always popular around the holidays. What is strange is about 80% of you say they’re amazing but the other 20% say they’re terrible and yell at me for wasting their almonds.

I’ve made them successfully many times but I wasn’t sure why some of you were having issues, so I wanted to test. I went back in, tweaked some of the measurements, and I’ve made another version that works really well.

I’m sure there are variations in slow cookers (including age), which I can’t really guess or accommodate for.

I will put the modified recipe below the recipe card (below) if you want to give that one a shot. The recipe in the card is the original. Both work really well for me! 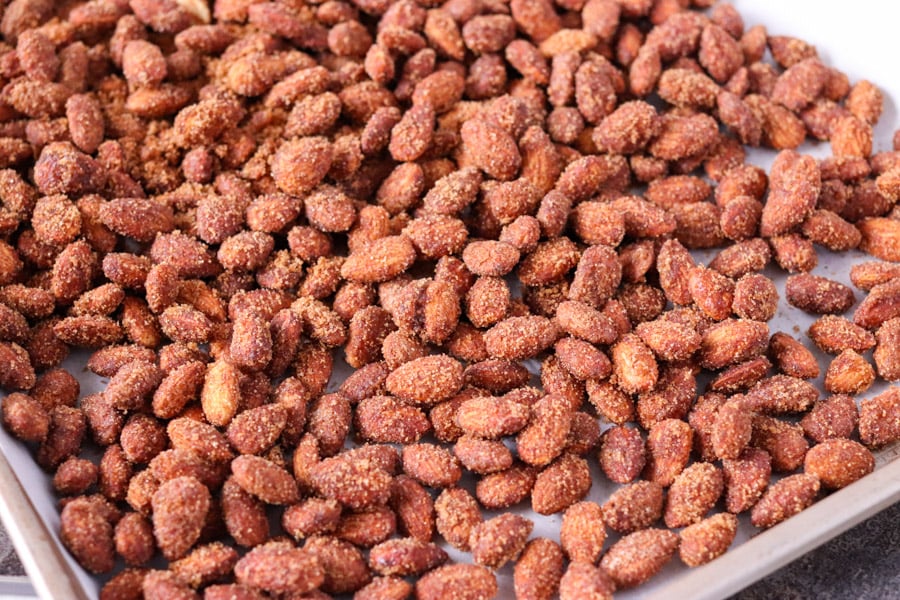 WATCH HOW EASY THEY ARE TO MAKE: 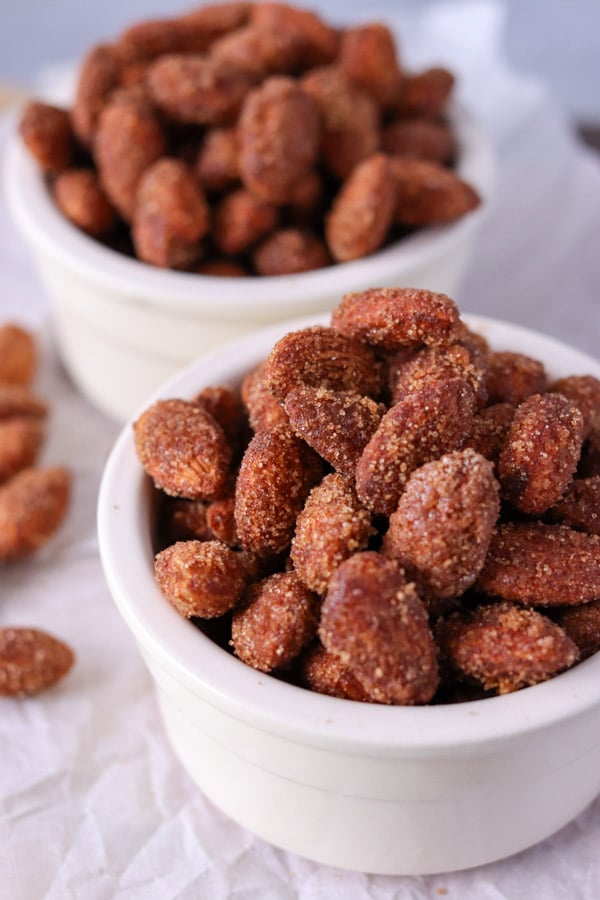 NEED MORE CINNAMON TREATS IN YOUR LIFE? TRY THESE: 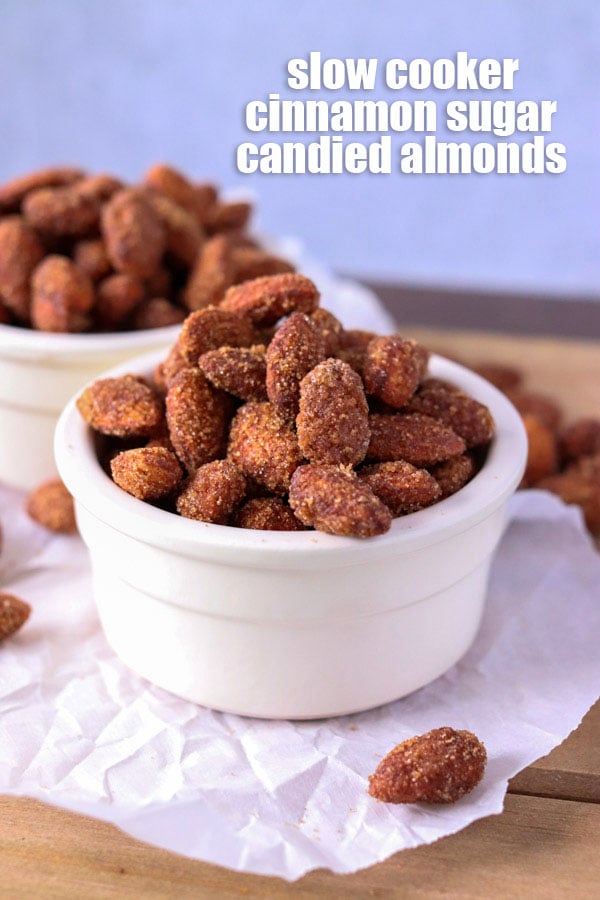 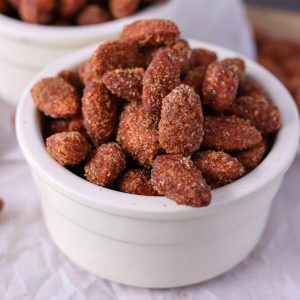 Adapted from The Recipe Critic

Here are the modified measurements, in case you were part of the 20% that had problems & want to give this a try: « Older Comments
I'm a recipe collector and creator. I love to share easy-to-make recipes without fancypants ingredients that the whole family will love.