I had a lot of fun blogging this year. It has really turned into a second job for me (well, third, if you factor in being a mom) but like they say “love what you do & it won’t feel like work” or however that saying goes.

I struggled with which “best of” posts to show you here today. If I go with overall “most viewed” for 2015, you’ll see a lot of the same posts from last year. So, I decided to show you the most clicked posts that I actually published in 2015. Do you care which way I do it? Probably not.

I also did a #bestof2015 (most liked) on Instagram the other night & got this. It summed up my year pretty well:

#10 – Simple Dark Chocolate Brownies.
I originally posted these in 2012 but I re-shot the pictures and it helped because it shot up into the top 10. You really do eat with your eyes first! #9 – Peanut Butter Banana Chocolate Chip Blender Muffins
Julia loved these – these muffins are flourless, free of refined sugar, and whip up right in the blender. #7 – Chicken Spinach Orzo Skillet
Love one pot wonders – I realized I love orzo in 2015 so I’m happy you liked it, too. #6 – Chocolate Banana Muffins
Julia misses out on most of my sweet treats but I let her have these (because, bananas) & she loved them. #5 – Baked Sweet Potato Fries
I love that this is a popular post because it’s one of my favorites and I make them all the time. #3 – Loaded Cauliflower Casserole
I’ve made this a couple times & it’s been a hit. A great (lower carb) alternative to loaded mashed potatoes. #2 – Hot Chocolate Poke Cake
If you like chocolate, you need to try this cake. So there you have it. The most popular of 2015. If all goes well, I’ll be back later this week to show you MY favorites from this year.

Oh, and in case you’re wondering, the MOST viewed post, the reigning champ, for the third year in a row, was my Buffalo Cauliflower. 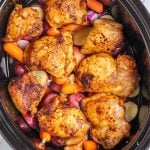 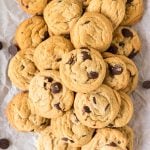 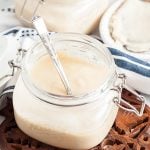